Actuals and Budget Updates for Projections

As draws are created in Rabbet, a new line will appear on the graph. This new 'Projection' line is calculated using the actual costs outlined in the draws and re-calculated projection amounts.

In other words, the 'Actuals' become part of the projection for past months and the future months are an 'Updated Projection' based on the balance remaining and projection parameters.

The placement of 'Actuals' within a given month in the projections tool is based on the 'Expected Send Date'. Select 'Update Draw' from the [...] dropdown in the draw to change that date. 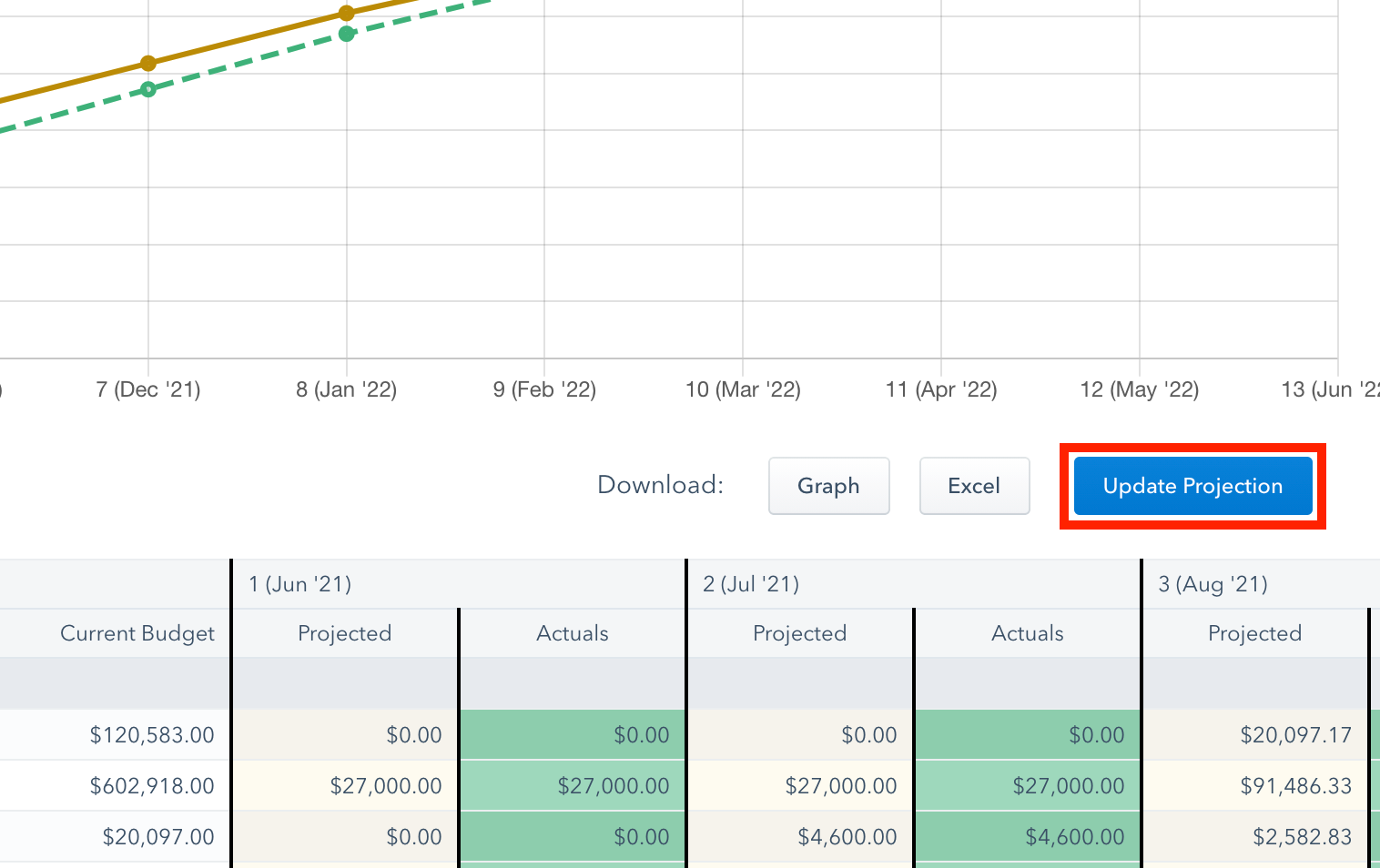 Taking this action will result in a single projection line and one set of projection figures. Click 'Save'.

There are several forms of budget changes in Rabbet:

All of these will affect the projection that you have created. Whenever one of these changes occurs in the application, you will encounter a warning.

A new 'Projection' line and 'Updated Projection' amounts will appear in the projections tool when a budget change has been made.

Note that adding a new line item will require you to make the 'Curve Type', 'Start Month', and 'Duration' selections for that new line.

Do you have questions or feedback? Please email us at help@rabbet.com

Did this answer your question?